Why the time of Intellectual Property is doomed

Intellectual Property an artificial constraint that aims to encourage innovation and creativity through the establishment of protections of of ideas, music and works of intellectual endeavour.

These rules and and laws worked well in a world where barriers existed to constrain the distribution of said works to such a form that there reproduction was severely limited to a minority of companies or individuals. Such things as the photocopier, cassette tape and VCR tested these principles, and the minority whom ownership of the resources that allowed creation and reproduction reacted so negatively to call for there banning on the grounds of the decimation of their respective industries if these advancement in technologies were allowed to be used.

This approach fortunately failed, they were however able to lobby respective governments for extended relief and IP and Copyright laws were strengthened and extended.

Now the whole game has shifted and the barriers to reproduction to all but the most technical of intellectual property, namely patent's of technology itself, is available to all.

So the the laws that content and technology companies used to protect there ideas and works have failed, and rather look to see why they no longer work they aim to again try and add artificial barriers to prevent what is in it self a very human condition, Nothing in the laws as they were written really applied to the individual that consumed the products that Intellectual Property set out to protect.

The reason why they did no apply to the consumer well the consumer was never in a position to reproduce or distribute the content that they were watching, listening too or using and so the copyright message at the beginning of the movie, or that nice piece of prose at the beginning of the book must have applied to someone else, because they could not even if they wanted to do any of those things that were not allowed to do.

But what did the consumers do, well if they bought a new sound recording they might make a tape for a friend, after all it's not like you were copying the whole thing, you had the original item and all they got was a copy and not even a pristine copy, no a inferior product. You might record some thing off the radio but again an inferior copy, you might record a television show but it was never as good as a purchased VCR copy of the show or movie. You could even photocopy a book, but again the original was better than the inferior photocopied reproduction.

So now since the advent of the computer and the digital revolution the rules of copying has changed and now its not an  inferior reproduction but an exact duplicate. What has not changed is that people still apply the same rules to the same content, those rules that we never read well we still don't.

So the whole argument about copyright has missed the point consumers never felt it applied to them before and now the barriers have been withdrawn their just doing (copying) (sharing) (being human) the same as they always have.

To me the advances in technology just mean that the artificial constraints no longer exist to persist with them the way they were originally written is the same as expecting time not to move forward.

I found this interesting article at Techdirt that illustrates how stupid its is becoming http://techdirt.com/articles/20100216/1034448184.shtml

Posted by rorybaust at 09:45 No comments:

Whats been happening to me

Well first off I am back in front of a monitor with a keyboard underneath my fingers tips and words are appearing on the screen so it must mean that I have some what returned to my blog after promising to but again leaving my loyal readers disappointed.

Well what happened ? I got bored achieved my goal , got disappointed that nobody read it , annoyed that people saw only spelling and grammar but the stories ignored, I went on a Holiday , I turned my attention to a short term high with a lot of effort and then got bored when I achieved my gaol.

Things I am happy about , iiNet won their case against AFACT, I have over a thousand people following me on Twitter. The Liberal Parties Australia wide are taking the fight to the Labor Party. That Apple debuted a dud in the iPad.

What am I not happy about?  well nothing that I would dear burden you about or re read the blog things have not changed, but I need to.

and what now? well I think this is a start, a start of a new beginning and that I will post regularly because I think I have nearly finished this part of my journey and I am ready to share the next. 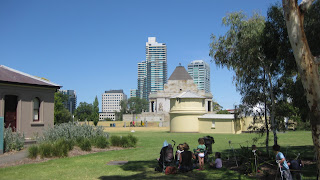 stay turned
Posted by rorybaust at 12:17 No comments: